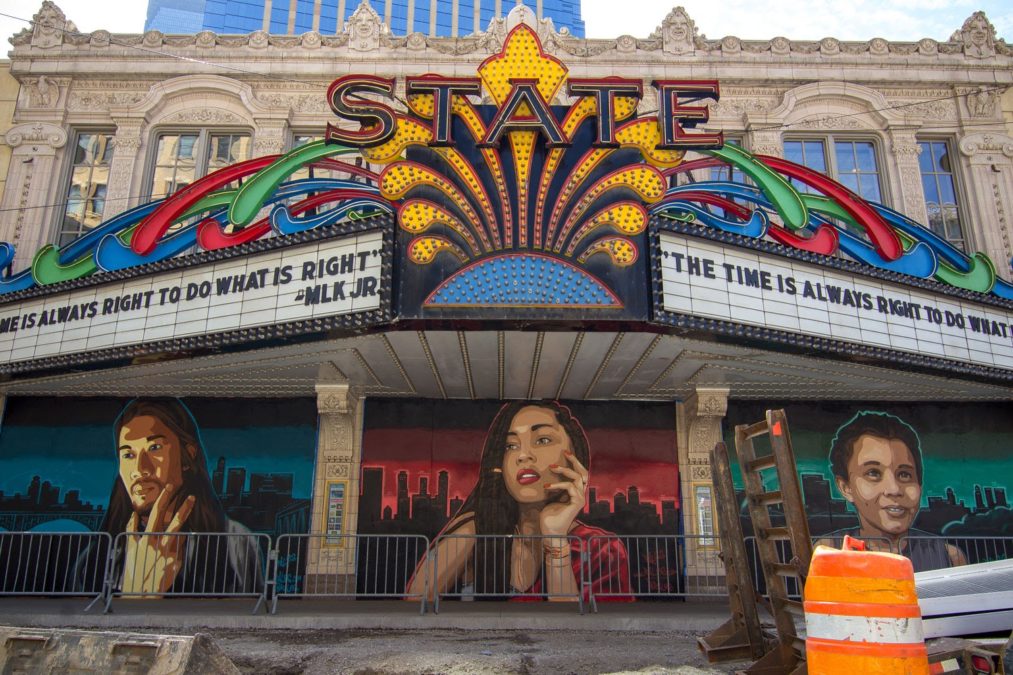 The aftermath of George Floyd’s death in Minneapolis left many buildings in the neighborhood shut down and boarded-up. Hennepin Theatre Trust’s public art program saw this not as a misfortune, but an opportunity to join the voices calling for equity and justice in Minnesota and they knew just who to call.

Reggie LeFlore is a prolific and in-demand visual artist and muralist that has worked with Hennepin Theatre Trust several times since moving from his native Omaha to Minneapolis in 2015. When the art program approached him with a commission to create art on the boarded-up State Theatre, LeFlore already had a vision in mind.

Reggie spent two weeks painting “The Overseer: Divinity and Humanity,” a triptych of portraits that illustrates a story he’s writing. LeFlore has had the idea of the Overseer — which he describes as part of a mythology he’s creating — in his mind for decades.

“Seeing that other people that look like me around here are proud that I’m up here doing my stuff, that’s been great for me,” said LeFlore. “To be able to get that freedom to express myself in the way that I choose is pretty important. And that type of energy is just reflected up and down Hennepin for me.”

The State Theatre is managed by Historic Theatre Group, a JGO company.