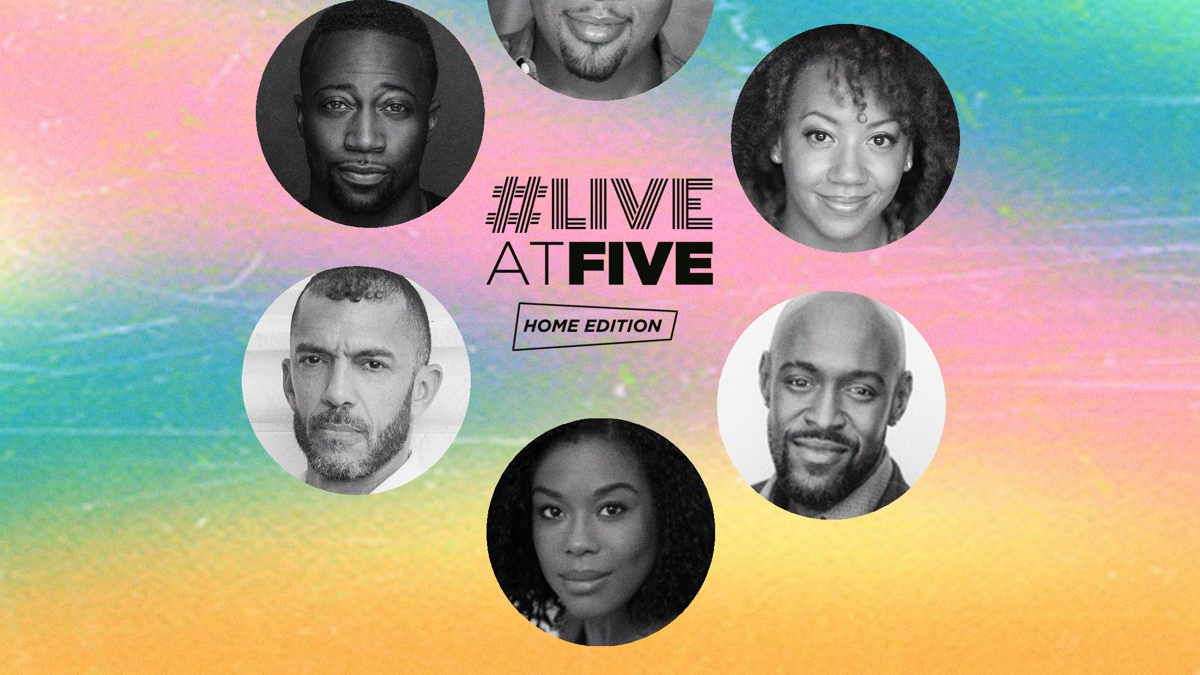 Parker began the conversation by sharing his thoughts on seeing Broadway inclusion change over his 15 years on stage. “Broadway has become more diverse, more being the operative word here,” he said. “I remember it being such a coup that there was one Black Rockette. I would agree that there is more diversity, but we absolutely have a ways to go. Being ‘more diverse’ is seen as the plateau, the standard, the stopping point. But that’s not true. Yes, more has happened—but not enough.”

Burroughs is part of Tina‘s Broadway company and has struggled with the idea of celebrating diverse casting. “I’m happy seeing more diversity celebrated, but it’s still very evident that it’s a token thing going on,” he said. “Tracee [Beazer] and I did two workshops back-to-back where we were the only Black people in the room. When I walk into these rooms I go, ‘I know we don’t know what the tone of this show is going to be yet, but I do know that the tone could be more than one Black person in here.’ Yes, we’re being given chances where chances were not happening before, but you’re still limiting us. When you celebrate diverstiy, you’re really celebrating that you’ve covered your bases.”

For Beazer, she’s felt seen as the “token Black actor” too many times to count and is learning how to navigate tough conversations. “You feel like a strategic chess piece,” she said. “There’s a Black lead, so they have to have a Black person in the ensemble, too. Feeling that over and over again is exhausting. It’s great we’re having these conversations, but we need to also allow grace for growth. White people in our industry are getting it—hings are starting to click. We have to allow room for growth.”

Like Beazer, Stowe has found power in asking questions that have previously been left unanswered. “I hope that people are asking themselves what diversity and inclusion really means,” he said. “Inclusion is the action, the question of, ‘Who is included? Is is just people on stage? Is it the people behind the table and producers?’ I try to stay away from the word token and instead use chocolate chip. All of us have been the chocolate chip in a show, and there’s some pride in that because you know there’s some young person of color in the audience looking at you. It’s important for us to see ourselves on stage. I’m glad we are really having this conversation now. I’m hopeful for what’s to come.”

Reid, who is the dance captain for Aladdin on Broadway, shares how an atmosphere can change with intention. “Coming on to Aladdin was like a dream come true because here we are with the most beautiful people of color and Black people around. The original Broadway ensemble was all Black women, and that experience is something I’ll always hold near and dear to my heart. We need to have more representation offstage as well.”

With over 20 Broadway credits between them, the panelists agree that what they’re doing now is for the next genneration. “This is not about being on stage and being fierce,” Parker said. “There is a piece of what we do that’s paving the way. Somehow or another, in this tricky business, it has worked out for the six of us. It behooves us that we make a space for someone coming behind us. Maybe they get to carry the baton further than we did, but that’s not the point. The point is that they get to carry the baton and run in our wake.”

Watch the full discussion below!