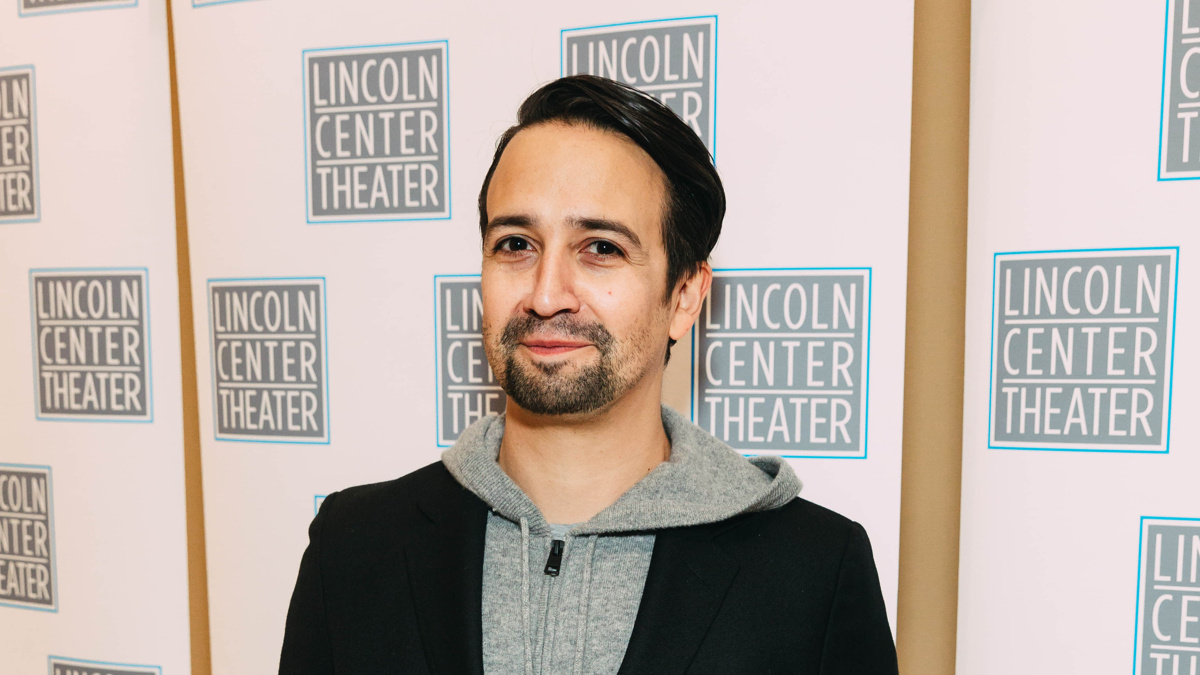 Lin-Manuel Miranda Joins Starry Emmy Presenter Lineup
Though the 2020 Emmy winners may not be heading up to the podium due to the coronavirus pandemic, the evening celebrating the best in television still calls for starry presenters. As previously reported, the 72nd Annual Primetime Emmy Awards, hosted by Jimmy Kimmel, will air on September 20 at 8PM ET on ABC. Winners will accept awards remotely. According to Variety, Lin-Manuel Miranda, Sterling K. Brown, Laverne Cox and RuPaul are among the stars who have recently joined the presenters list.

Dates Announced for National Theatre’s First Live Play
The U.K.’s National Theatre previously announced that it will resume socially distant performances in the Olivier Theatre this fall. Giles Terera, who won an Olivier Award for Hamilton, is set to star in Clint Dyer and Roy Williams’ solo play Death of England: Delroy with Dyer directing the show. The Olivier Theatre is being significantly remodeled in order to stage a season of performances in the round, which will achieve an audience capacity of almost 500 while maintaining social distancing guidelines. The National Theatre will reopen to audiences beginning on October 21. Death of England: Delroy is scheduled to play through November 28.

Live Buyer & Cellar Returns to Above The Stag Theatre
London’s Above The Stag Theatre has announced the return to live, socially distanced theatrical production of Jonathan Tolins’ one-man comedy Buyer & Cellar, which tells the tale of Alex More, a struggling actor working in Barbra Streisand’s basement. The production will begin on October 14 with Aaron Sidwell in the starring role. As previously reported, Broadway.com’s livestream of Buyer & Cellar, starring Michael Urie, earned the Time In Virtual Stage Award for Best Live Play Reading.