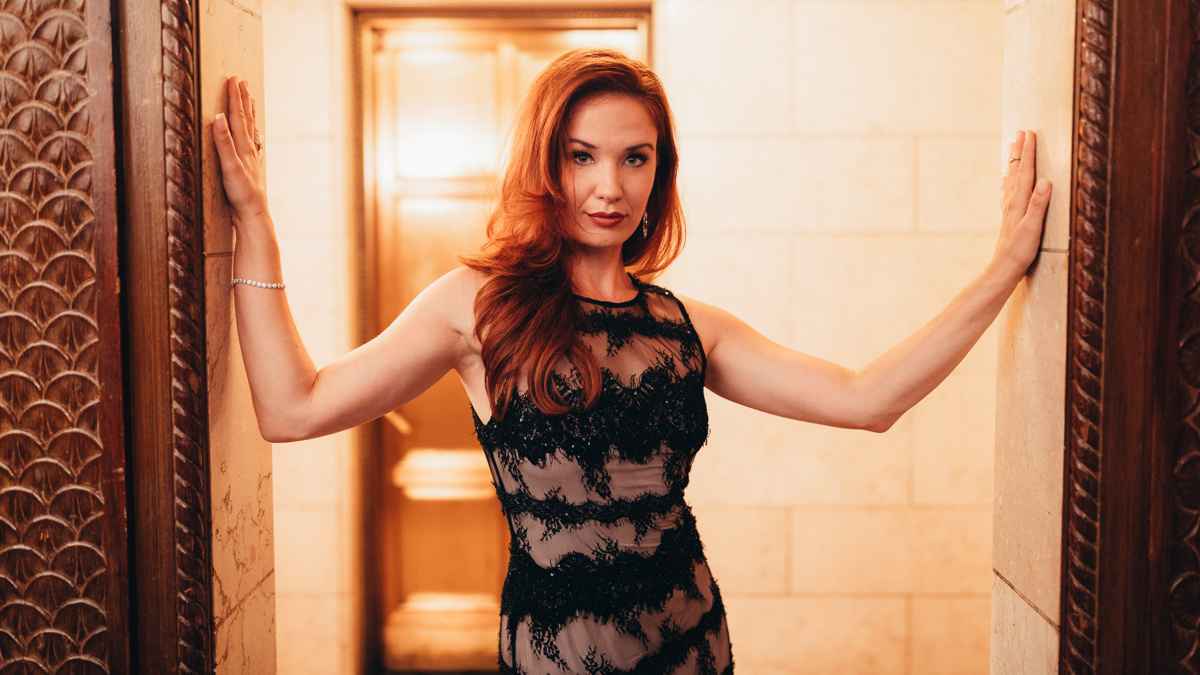 Starry Lineup Revealed for New York City Christmas: A Concert to Benefit ASTEP
This is sure to get theater fans in the holiday spirit! Artists Striving to End Poverty (ASTEP) will celebrate its twelfth annual New York City Christmas: A Concert to Benefit ASTEP on December 13 at 7PM at Joe’s Pub. The event will  feature seasonal favorites and fresh takes on Christmas classics, many of them captured on the Sh-K-Boom/Ghostlight album New York City Christmas, which will be available for purchase at the concert. Conceived and produced by Lynne Shankel and directed by Laura Brandel, the concert’s roster includes Sierra Boggess, Montego Glover, Kate Baldwin, Chester Gregory, Alysha Umphress, David Josefsberg, Kenita Miller, Kuhoo Verma, Eric William Morris, Gerard Canonico, Natalie Joy Johnson, Lauren Marcus, Ben Roseberry, Becca Go`lieb and Kennedy Kanagawa. A special auction will feature exclusive experiences from Moulin Rouge! The Musical, Wicked, Hamilton, The Music Man, Dear Evan Hansen, Six and The Book of Mormon. All proceeds from the show will support ASTEP’s mission to connect performing and visual artists with youth from underserved communities in the U.S. and around the world to awaken their imaginations, foster critical thinking and help them break the cycle of poverty. Head here for more information.

Watch Rita Moreno Demonstrate an OG West Side Story Dance Stunt
EGOTer Rita Moreno is returning to her roots in Steven Spielberg’s West Side Story remake as the new character Valentina. The musical officially returns to movie theaters on December 10 and stars Ansel Elgort as Tony, Rachel Zegler as Maria, Ariana DeBose as Anita, David Alvarez as Bernardo and Mike Faist as Riff. On The Tonight Show Starring Jimmy Fallon, Moreno discussed attending the film’s New York premiere on November 29 and showed off a dance stunt from the original movie. Take a look below!

Cate Blanchett & Kevin Kline to Star in Thriller Series Disclaimer
Cate Blanchett and three-time Tony winner Kevin Kline are set to star in an Apple TV+ series inspired by Renee Knight’s novel Disclaimer, according to Deadline. The project marks the first series from Roma filmmaker Alfonso Cuarón since he signed an overall deal with Apple in 2019. He will write, direct and executive produce all of the episodes. Blanchett will play Catherine Ravenscroft, a respected television documentary journalist whose work has been built on revealing the concealed transgressions of long-respected institutions. When an intriguing novel written by a widower (played by Kline) appears on her bedside table, she is horrified to realize she is a key character in a story that she had hoped was long buried in the past. A production timeline will be announced later.

Mr. Saturday Night Started with Billy Crystal Turning Down The Producers
Billy Crystal is heading back to Broadway. As previously announced, he will return in the new musical comedy Mr. Saturday Night in the role of Buddy Young Jr., a role he played in the original 1992 film of the same name. Performances are set to begin at the Nederlander Theatre on March 1, 2022 ahead of an opening night on March 31, 2022. Crystal recently spoke about the show on Jimmy Kimmel Live. The seed for the musical was planted when Mel Brooks called Crystal following his Tony-winning run in his one-man show 700 Sundays to offer him the role of Max Bialystock in The Producers on Broadway, which Crystal turned down. Find out why and how that phone call led to Mr. Saturday Night on Broadway below!

Thoughts of a Colored Man to Be Filmed
The Theatre on Film and Tape Archive of New York Public Library will film Keenan Scott II’s Thoughts of a Colored Man at the Golden Theatre on December 2. Since 1970, the Archive has preserved live theatrical productions and documented the creative contributions of distinguished artists and legendary figures of the theater. With the consent and cooperation of the theatrical unions and each production’s artistic collaborators, TOFT produces video recordings of Broadway, off-Broadway, and regional theater productions, as well as conversations with notable theater personalities. Starring Dyllón Burnside, Bryan Terrell Clark, Da’Vinchi, Luke James, Forrest McClendon, Tristan “Mack” Wilds and Esau Pritchett, Thoughts of a Colored Man takes place over the course of a single day in the pulsing heart of Brooklyn, where the hopes, sorrows, fears and joys of seven men reverberate far beyond the barbershops and basketball courts of their community. The play weaves spoken word, slam poetry and rhythm into a mosaic of the inner lives of Black men. Check out clips from the play below!