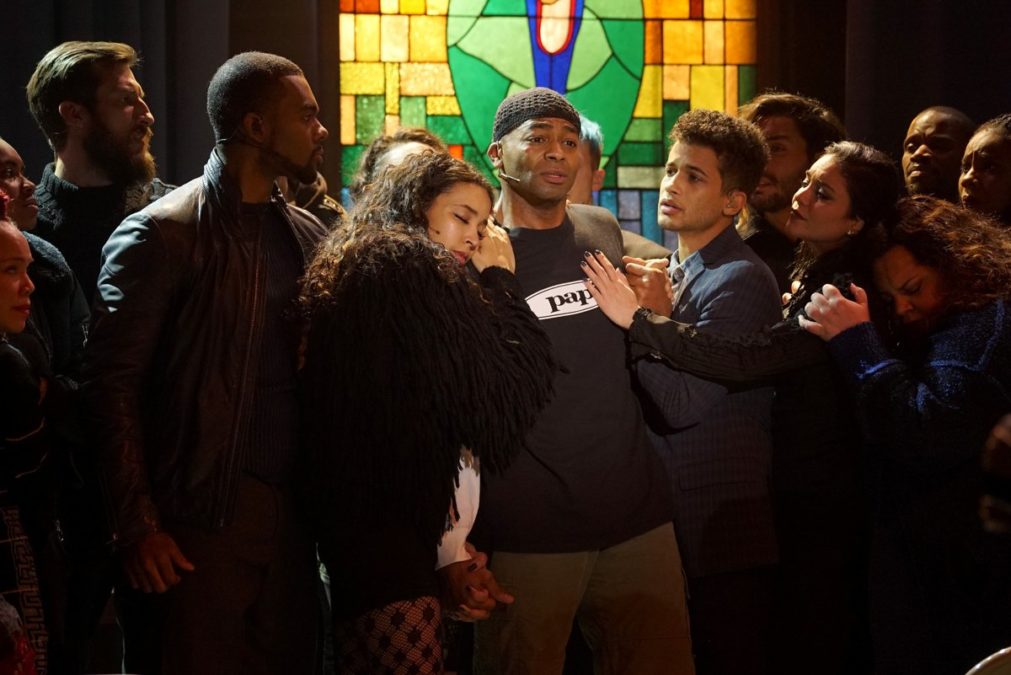 Fox's thrilling presentation of Jonathan Larson's iconic musical Rent took an unexpected turn when Brennin Hunt, who was to play Roger, broke his foot during dress rehearsal the night before what was advertised to be a live event. While most of what TV viewers ended up seeing was pre-recorded, the cast offered up an exclusive concert during the event for the in-studio audience. Fox has released a video from the concert featuring two-time Tony nominee Brandon Victor Dixon offering his heart and soul to the "I'll Cover You (Reprise)" with his mega-talented co-stars during that concert. Watch Dixon's stirring performance below and cross your fingers that we get to experience his powerful voice again soon on Broadway.


And check out the company singing “Seasons of Love” in the exclusive concert below.