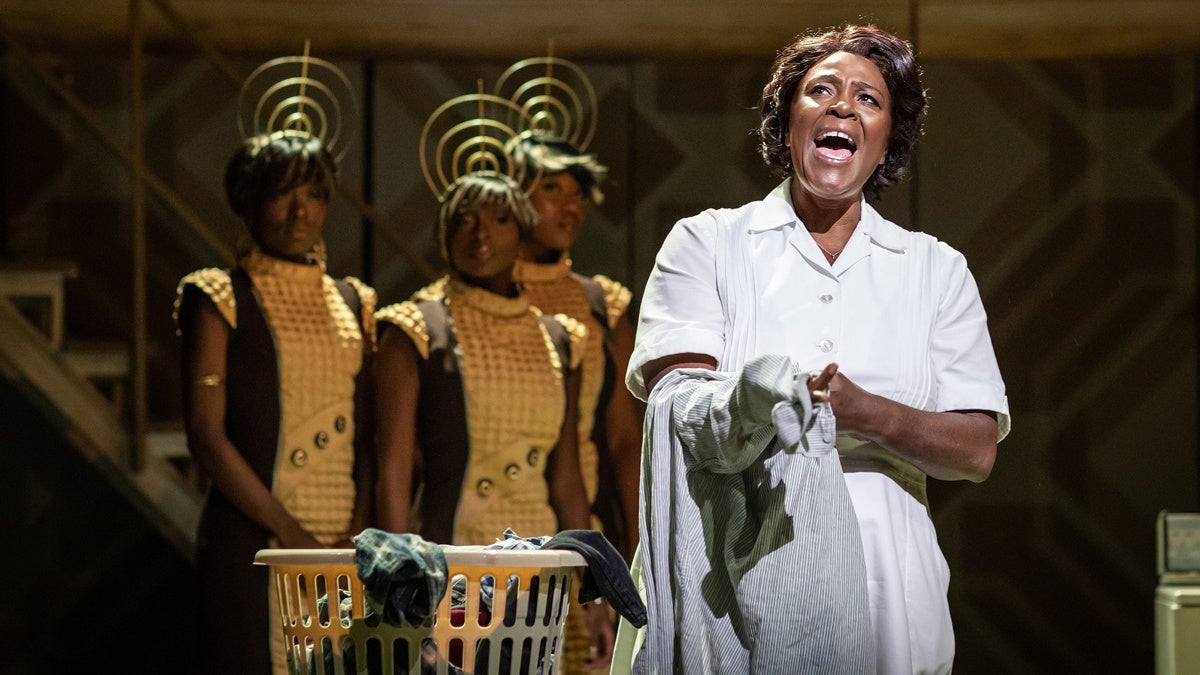 The Roundabout Theatre Company is presenting two high-profile revivals to its new season. First up is Charles Fuller’s Pulitzer Prize-winning drama A Soldier’s Play. Directed by Kenny Leon, the production will star David Alan Grier and Blair Underwood. It will begin preview performances on December 27 and officially open at the American Airlines Theatre on January 21, 2020. The company will also produce the first Broadway revival of Caroline, or Change, Jeanine Tesori and Tony Kushner’s acclaimed 2004 Tony-nominated musical collaboration. This transfer of director Michael Longhurst’s 2019 Olivier-nominated staging will feature star Sharon D. Clarke reprising her Olivier-winning performance in the title role. Previews will begin on March 13 ahead of an April 7 opening night at Studio 54.

A Soldier’s Play is the story of the murder of a black sergeant at a Louisiana Army base during World War II. The drama premiered off-Broadway in 1981 at the Negro Ensemble Company, starring Adolph Caesar, Denzel Washington, Larry B. Riley, Samuel L. Jackson, Peter Friedman and Charles Brown. The production won the New York Drama Critics’ Circle and Obie Awards for Best Play as well as the Pulitzer Prize. The 1984 film version A Soldier’s Story, which was adapted by Fuller for the screen, earned Academy Award and Golden Globe nominations for Best Film and Best Screenplay. David Alan Grier has a long history with A Soldier’s Play, having joined the NEG production in the early 1980s and then playing Corporal Cobb in the film adaptation.

Caroline, or Change features a book and lyrics by Kushner and music by Tesori. The musical takes place in Louisiana in 1963. Revolution is in the air, but not so much for Caroline (Clarke), the poorly paid maid toiling endlessly in the sweltering basement of the Gellman household. It’s a fantastical, magical place amidst the piles of laundry and singing washing machines, especially for eight-year-old Noah Gellman, who sneaks downstairs to see her whenever he can. Yet a simple gesture to leave more money in Caroline’s pocket is about to test who and how far the winds of change can ever really reach.

Caroline, or Change made its New York bow at the Public Theater in a 2003 production starring Tonya Pinkins as Caroline and Anika Noni Rose as her daughter, Emmie. The show transferred to Broadway in 2004, earning six Tony nominations including Best Musical, with Rose taking home the trophy as Best Featured Actress in a Musical.

The Caroline, or Change creative team includes set and costume design by Fly Davis, lighting design by Jack Knowles, sound design by Paul Arditti, music supervision by Nigel Lilley and music direction by Chris Fenwick. Additional casting for the Broadway revival will be announced at a later date.

Check out footage of Clarke’s performance from the London production below.