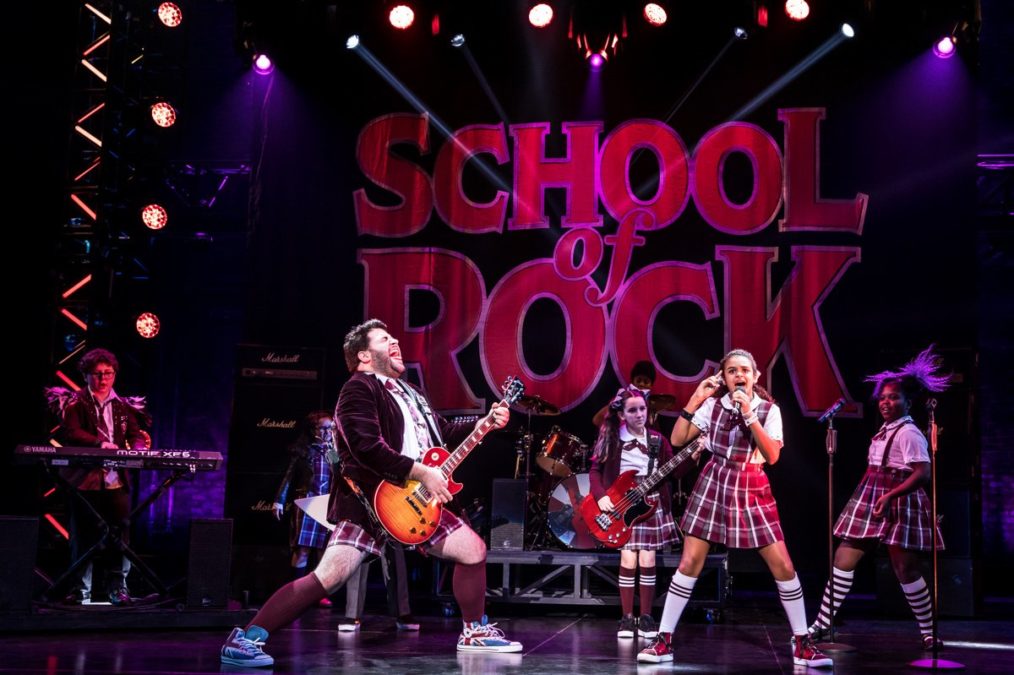 They're in the band! The touring production of Andrew Lloyd Webber's School of Rock—The Musical will welcome eight new cast members beginning March 13 when the show plays The Kentucky Center in Louisville. Rocking their way across the country will be Alyssa Emily Marvin as Marcy, Grier Burke as Tomika, Vincent Molden as Zack, Huxley Westemeier as Billy and Iara Nemirovsky as Summer. Jack Suarez Kimmel, Cameron Trueblood and Jesse Sparks will join the kid's ensemble.

School of Rock—The Musical is based on the smash hit 2003 film of the same name, featuring music from the movie, as well as an original score by Andrew Lloyd Webber, lyrics by Glenn Slater, a book by Julian Fellowes, choreography by JoAnn M. Hunter and direction by Laurence Connor. The musical follows Dewey Finn, a failed, wannabe rock star who decides to earn a few extra bucks by posing as a substitute teacher at a prestigious prep school. There he turns a class of straight-A students into a guitar-shredding, bass-slapping, mind-blowing rock band. While teaching these pintsized prodigies what it means to truly rock, Dewey falls for the school's beautiful, but uptight headmistress, helping her rediscover the wild child within.

To find out when School of Rock—The Musical is headed to your city, click here.