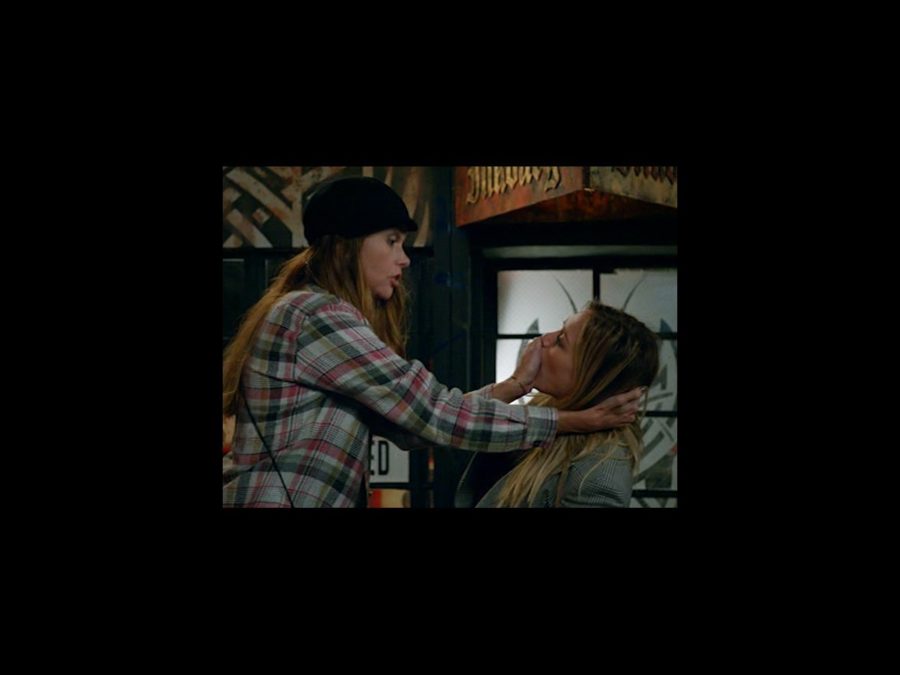 You thought last week’s Younger was steamy? Guess again. When we left off, Liza let her Frida come out to play, Kelsey pursued a Swedish author, Maggie gave some stellar pep talks and Diana rocked her golden donuts. In tonight’s episode, Liza proved that while she may just be an assistant at the office, she’s actually the one in charge—at work, on the street and definitely in bed. Here are some of Liza the Boss’s best “I am running things now!” moments.

Liza the Boss Breaks the Bed
Holy crap. Liza’s Frida does not mess around! This week’s cold open is hot. Remember when TV Land used to show reruns of Green Acres and I Love Lucy? Yeah, we’re pretty sure the Ricardos never did this. By "this," we’re of course talking about the mind blowing sexual acrobatics that lead to Liza and hot tattoo artist Josh breaking the bed. Later, while recounting the deed to Maggie, rewards herself the title “Stealth Cougar Monster.” Wear that badge with pride, girl.

Liza the Boss Drinks with the Girls
Meanwhile, at the publishing firm, Kelsey has officially signed the Swede! Liza and Lauren join her for celebratory drinks. Liza secures her boss status by expertly working in the phrase “That ain’t no thang” and sipping her margarita like it was legitimately no thang. Unfortunately, it is a thang when Kelsey’s terrible boyfriend Thad shows up and gets Kelsey plastered the night before her big meeting with Anton Bjornberg. Poor thang.

Liza the Boss Plays Linebacker
Kelsey, thanks to stockbroker/himbo Thad, is a wreck. She’s drunk texting Bjornberg; she’s seeing animated versions of herself; it’s a disaster. Because Liza is mature for a 26-year-old/is actually 40, she takes care of her wasted work friend. But when Kelsey insists on crashing Josh’s tattoo studio, Liza takes full control and threatens to tackle Kelsey. We all know Sutton’s good on her feet. Liza blesses us with the line, “Don’t you make me take you out! I will do it!” Unfortunately, she does not, and instead catches Josh with another woman.

Liza the Boss Lets Kelsey Have It
Liza—like a boss—does what she can to cover for clobbered Kelsey when she doesn’t show up to the Bjornberg meeting the next morning. But even then, Kelsey lashes out by claiming it’s all Liza’s fault. Ugh, millennials. Liza has none of it, and gives Kelsey a spectacular speech worthy of America’s Next Top Model. (Remember when Tyra yelled at Tiffany? TAKE RESPONSIBILITY FOR YOURSELF.) Kelsey then goes off to apologize to Bjornberg, who responds by kissing her. Everyone is the worst!

Liza the Boss (Sorta) Tells the Truth
Well, not at all, really. Liza manages to have another heartfelt conversation with Josh, this time about her ex-husband and daughter…without ever mentioning her ex-husband and daughter. Of course, the more end-of-episode conversations like this they have, the messier the inevitable reveal will be. Liza, in one final half-truth, tells Josh she’s “all about second chances” before making out with him under the credits. Come on, Liza, tell him! We were all rooting for you!

Diana's Statement Jewelry of the Week!
This week, Miriam Shor is serving up some Fun Home-inspired “Ring of Keys” realness. Locked out of your apartment? Diana's got you covered. Tired of your bike getting stolen? Look no further than Diana’s neck.